In this guide, we will take a look at a few exploits that target remote keyless entry (RKE) systems in modern vehicles. We will learn the theory behind the generic rolljam attack and also implement a specific attack on Subaru vehicles.

SubaruFobRob is an exploit for certain remote keyless entry (RKE) systems in Subaru vehicles developed by Tom Wimmenhove. It allows an attacker to issue unlock, lock, trunk, and panic commands without possession of the original key fob. This type of attack is far from new, but SubaruFobRob was a great way to get myself oriented into the growing field of car hacking. I was able to conveniently test the exploit on my 2007 Subaru Legacy.

A remote keyless entry system uses your familiar, battery-powered vehicle keys to communicate with your car over radio frequencies. A typical key fob contains a chip capable of generating pseudo-random keys (called rolling codes), a unique hard coded identifier, and an antenna to transmit the final packet over 433MHz radio frequency. The receiver in your car contains an identically seeded pseudo-random number generator that yields the same sequence of random keys and knows the hard-coded identifier.

Because of the possibility that a key fob may be "rolled" while out of range of the vehicle, the receiver pre-generates the next 256 possible keys and accepts any one of them. If an attacker sends a rolling code that is sufficiently farther in the pseudo-random sequence than the last code on the key fob's chip, the key fob is rendered useless (I elected not to test this additional attack on my car).

Due to the fact that most RKEs are single packets and not challenge-response, they can be replay attacked.

While a traditional key fob will be using a pseudo-random sequence of rolling codes, the list of affected Subaru vehicles below opted to use an incremental sequence instead. This is a major security weakness when combined with the fact that the packet that contains the code does not receive any additional encryption before transmission. Lets take a look at a sample packet sent with Subaru RKEs:

The preamble is the location of the identifier unique to each key and receiver combination. This prevents a brute force attack on rolling codes (with the unique key, you could exploit the 256 padding that the receiver gives to iterate through the 20 bit rolling codes with only 4096 attempts). But since the only way to pursue that attack vector is to capture a packet, we might as well use the incremental weakness instead for instant control.

With a captured packet, we simply need to increment the embedded rolling code by a value of 1 to get the next code, modify the command bits to suit our need, and recalculate the checksum.

The most common and versatile replay attack for a key fob consists of the following steps:

However because of Subaru's poor implementation of rolling codes, they are afflicted with a much more dangerous replay attack:

Putting it All Together

To start this project we need the following hardware:

I configured a raspberry pi 3 to run hostapd to allow easy ssh from my phone. The drivers for the USB dongle can be installed via the debian package librtlsdr-dev. To transmit, I soldered the wire to GPIO18 and compiled rpitx.

Then I set up subarufobrob to handle the exploitation. After tucking it all into a small box, the working package looks like this: 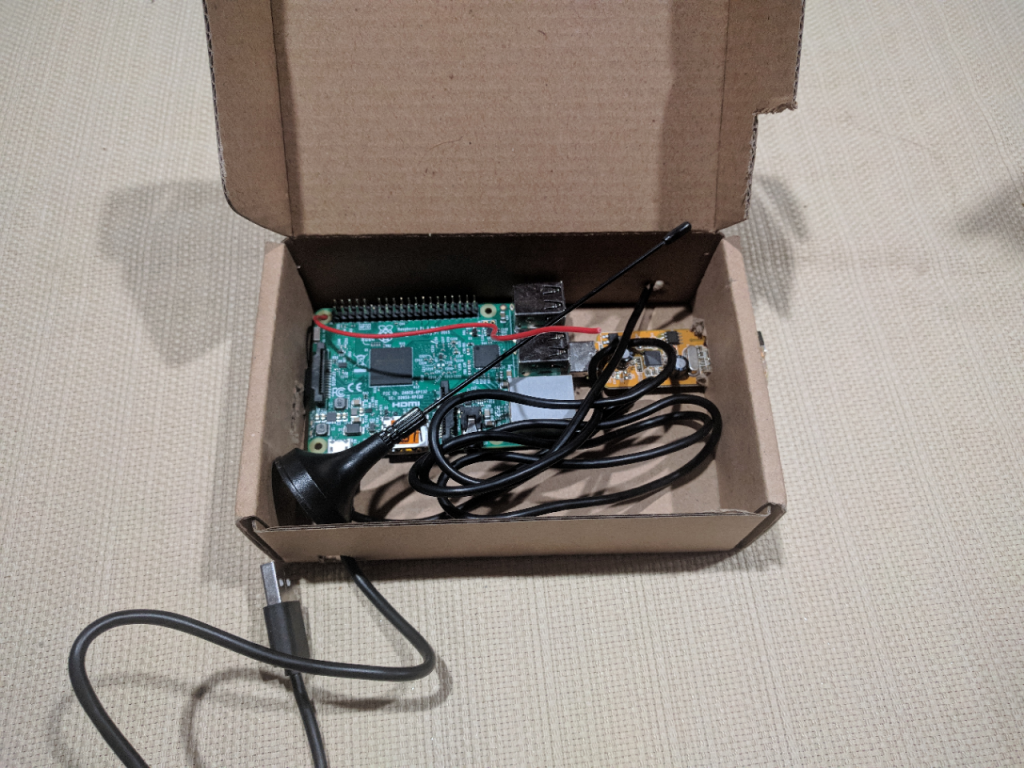 It worked immediately out of the box on my test vehicle. Unfortunately, this type of vulnerability is unlikely to be retroactively fixed. RKEs have improved their security in recent years but not enough attention is given to these old exploitable systems.